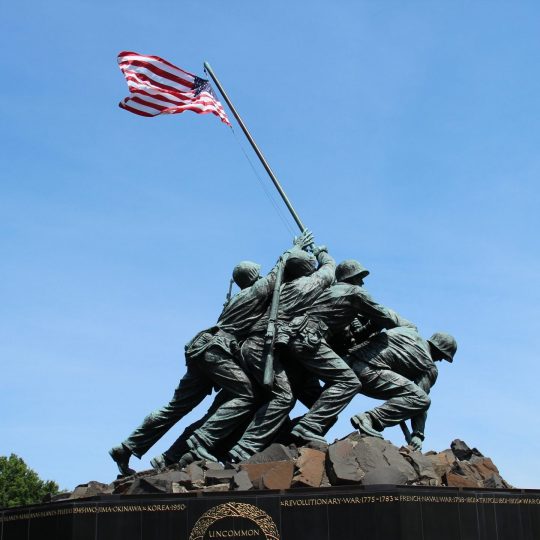 10 Inspiring War Memorials Around the World

My husband, Chris, and I have always had a fascination and reverence for war memorials, specifically those related to World War II.

It should be no surprise then, that on many of our trips we do a google search of war memorials in the city or country we plan to visit. Over the past eight years, there are a number of moving war memorials, museums, and cemeteries we have visited around the world.

War Memorials Around the World

The International War Museum’s Holocaust Exhibit was sobering and frankly one of my favorite visits in London.

Photos were not allowed inside the exhibit, so I had to be content with a few exterior pictures. Chris and I spent a couple of hours reading all of the exhibits and watching films. I don’t think we spoke to each other the entire time as we solemnly toured. As we were leaving the building upon closing, we noticed a piece of the Berlin Wall on the grounds. The message etched on the wall of “Change Your Life” seemed especially apropos.

Chris and I took all three of our girls to the US Holocaust Memorial Museum in Washington, DC.

Our youngest was eleven at the time and was not excited in the least to be visiting the museum. She has a tender heart, and we knew that it would be hard for her to see, but we also felt it important that all of our children learn about the time in history when mankind sunk far below acceptable levels of decency and human kindness.

The museum opened at 10:00 am which allowed us an hour to see some of the extra exhibits before entering the main portion for our scheduled time. We walked through Daniel’s Story exhibit which followed the harrowing experience of a young Jewish boy at the beginning of the Holocaust. Daniel kept a journal of his experience and shared the dismay at moving from a lovely home to the ghetto, of being ostracized, of life changing so immensely.

It was the beginning of a hard and sobering morning for us all but especially for our youngest as this was really her first introduction to Hitler and concentration camps.

I have always had a sympathetic fascination with the Holocaust. I had heard about the shoe exhibit at the US Holocaust Memorial Museum, but when I finally walked around the corner and took in all of the shoes (which were just a very small portion of all that were collected), I was overcome with tears.

We spent many hours in this war memorial, feeling overwhelmed at the end. For Kristen’s sake, we hurried through the end a little faster than we might have otherwise. Her tender heart just couldn’t take it any more.

We took our girls to the Vietnam Veteran’s Memorial. The memorial honored US armed forces who fought and died in the Vietnam war.

The girls found the name of one of their Grandpa’s friends on the wall. It was a touching memorial, especially with the little mementos left along the way.

After spending the afternoon at Arlington National Cemetery, our family walked along Sherman Way to the US Marine Corp Memorial. This war memorial was dedicated to the fallen marines from all wars and to other servicemen who fell fighting alongside them. It was an emotional moment for me to stand on this hallowed ground.

Sainte-Mere-Eglise was an important city for the Allied soldiers during the invasion of Normandy and became the first town in France to be liberated.

An effigy of John Steele, a paratrooper with his snagged parachute that caught on the church’s spire, is maintained on the church even today. Check out the day our family spent our day Touring Normandy on the Best 4th of July Ever.

Utah Beach was the next stop on our tour of Normandy. One theory for the reason for calling the beaches Utah and Omaha was because Dwight D. Eisenhower had to come up with two code names and asked his aides where they were from—Utah and Omaha.

Surrounded by the calm beaches, it was hard to fathom the killing, the blood, the sorrow, the anger, the fear, the courage, the fighting. But it happened and so many young men willingly gave their lives. As you stare across the expanse of the beaches and imagine, you can’t help but realize that our freedoms were granted by young men pulling themselves arm over arm through the sand, by climbing hand over fist up the side of a cliff, or by jumping in the dark of night in to enemy territory. Our freedoms come with a price.

Pointe du Hoc is a Monument honoring rangers who scaled 100-ft cliffs overlooking Utah and Omaha beaches. The rangers successfully seized Germany artillery pieces, taking them out of commission from being used against American landing troops.

The American Cemetery was our final stop on the tour of Normandy. As I looked over the cemetery, tears filled my eyes and my breath caught in my throat.

We viewed the wall of soldiers’ names who had never been found. From there, Misha and I wandered through the cemetery together, while Amy and Kristen wandered in another direction. Chris took his time reading plaques. When Taps played at 5:00 pm, and the flags were lowered, all of the people in the cemetery respectfully turned to watch in silence.

We took a bus and then a train to reach Dachau. This first Nazi concentration camp opened in 1933.

To try and give words to the feeling of Dachau, the horror, the absolute terror that must have filled the hearts of those who walked through the gate, I just can’t do the memory justice.

Dachau was peaceful today. Birds sang. The breeze blew through the trees. Yes, there were trees. I had in my mind that it was this desolate place in the middle of nowhere. But people lived safely next to Dachau in their homes, ignoring the inhumanity, the degradation, the murder, the humiliation. They lived next door and simply ignored what the trees might have hid.

We walked through the gate of this war memorial where the words on the gate stated, “Arbeit macht frei,” or work sets you free. It was a lie.

Our family walked through one of the barracks together and then split up as Kristen had not wanted to visit Dachau.

Since Chris had recently been, he walked with Kristen while Amy, Misha, and I walked together. The feeling was one of somberness. We walked along paths that thousands must have walked. Only two barracks now stood; the rest of the barracks had been removed though the concrete footings still remained.

Chris’ lineage is one-third Jewish. I thought about that as I watched my girls follow the path to view the gas chamber and ovens.

We didn’t have a lot of time since Dachau closed at 5 pm and we had arrived at 3:30. The girls and I spent a little time walking through the museum, reading the placards, and looking at pictures. We met up with Chris and Kristen at the end of the museum experience and then walked out of the gate at Dachau.

Our family spent the morning in the Jewish Quarter touring the synagogue and cemetery.

Chris (and all men entering the display) were asked to wear a yarmulke out of respect. The synagogue was pretty sobering as a war memorial as the names of all the victims of the holocaust (shoal) from the Czech Republic were etched on the wall.

The final section of the synagogue displayed the art from some of the children housed at the concentration camp, Terezin, before being shipped to other concentration camps. The artwork brought tears to our eyes.

“More than 150,000 Jews were sent there, including 15,000 children, and held there for months or years, before being sent by rail transports to their deaths at Treblinka and Auschwitz extermination camps in occupied Poland, as well as to smaller camps elsewhere. Less than 150 children survived.”

“These drawings were made during art classes that were organized by Friedl Dicker-Brandeis (1898–1944), a painter, interior and stage designer, graduate of the Bauhaus, and pupil of Franz Čížek, Johann Itten, Lyonel Feininger, Oskar Schlemmer and Paul Klee.

“As part of what was mostly a clandestine education programme for children at Terezín, the art classes were very specific in nature, reflecting the progressive pedagogical ideas that Friedl Dicker-Brandeis had adopted during her studies at the Bauhaus (especially in the initial course developed by Johannes Itten).

Drawing was seen as a key to understanding and a way of developing basic principles of communication, as well as a means of self-expression and a way of channelling the imagination and emotions. From this perspective, art classes also functioned as a kind of therapy, in some way helping the children to endure the harsh reality of ghetto life.

“Before being deported to Auschwitz, Friedl Dicker-Brandeis filled two suitcases with about 4,500 children’s drawings and put them in a secret place; immediately after the war, they were recovered and handed over to the Jewish Museum in Prague.

These drawings are a poignant reminder of the tragic fate of Bohemian and Moravian Jews during the Second World War. Only a few of the Terezín children survived. The vast majority were deported to Auschwitz where they faced certain death.

“These pictures are often all that is left to commemorate the children’s lives. Without them their names would be remain forgotten.”

Next to the Pinkas Synagogue lay the Jewish Cemetery where approximately 12,000 headstones seemed to be haphazardly placed. However, it was speculated that upwards of 100,000 individuals were actually buried there.

Jewish custom forbade the removal of old graves; it was possible that the graves were stacked 12 deep in some places. The dead were simply stacked one on top of the other with new dirt being brought in for additional burials.

Final Thoughts on Inspiring War Memorials Around the World

Many of us our blessed to not know of war in our lifetimes. May you and I always remember to not take our freedoms for granted.

If you love reading good stuff as much as I love writing it, subscribe to my
MONTHLY NEWSLETTER.

Powerful post- thank you for sharing. I have been to a few of these memorials, but you’ve inspired me to get going on traveling oversees to see more!

These are all must see sites. I visited all the Normandy memorials in this post 2 summers ago (and more across France). The story-telling at the museums and monuments are so well done. Being a DC suburbanite, I’ve also been to the DC monuments. No matter how many times you visit, they inspire awe, reflection and gratitude for what we have.

They are excellent for teaching your children an appreciation of history too.

Wow, what a powerful list! I haven’t been to any of those museums, but on my list is something you didn’t mention – Auschwitz concentration camp in Poland… heartbreaking…

It is on my list as well. I hope to be able to visit it someday. 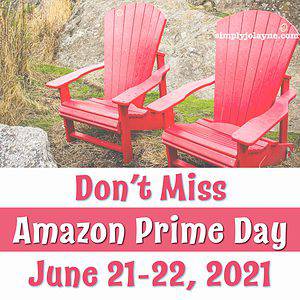 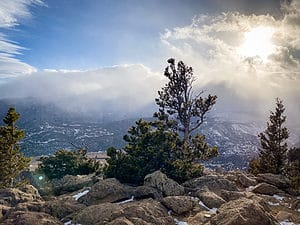 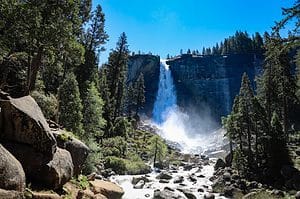