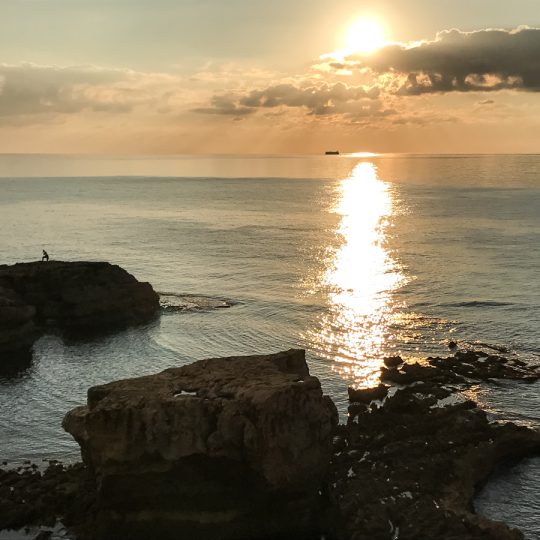 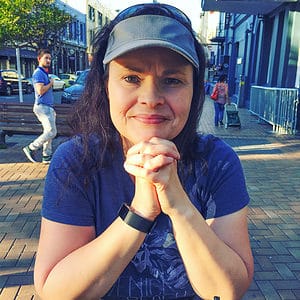 5 Impressive Sites in Malta and Gozo

What do you do when your company is bought out, you know you’ll be out of work for a month or so, and your new job starts at the end of November? Plan a trip to Malta. That’s what.

In the summer of 2018, Chris and I began planning a European excursion for November but hadn’t yet decided on a location. I happened on “10 of the Best Things to do in Malta and Gozo” on Pinterest and it inspired part of our travel itinerary.

The palm trees and sunshine would be a welcome sight in November while exploring the Republic of Malta. Read on to discover five impressive sites in Malta and Gozo.

As an Amazon affiliate, I earn from qualifying purchases. This page may contain affiliate links. I would love your support through clicking on the links. Read the full disclosure here.

While in our taxi from the airport to our hotel, Chris chatted with the driver who suggested that our first stop of the evening should be the Upper Barrakka Gardens next to the Castille Palace.

After checking in, we dropped off our luggage[affiliate], and grabbed a taxi to Valletta—the capital city—a 20-minute taxi ride away.

Our driver was friendly, sharing helpful information as we drove. He dropped us off at the Gardens.

Valletta was a cruise ship terminal, so we had mobs of cruise ship passengers to work around. There wasn’t many instances of waiting patiently for the perfect photograph[affiliate] as so many others were trying to capture the scenery as well.

Sunset in November was early, as it was in Colorado, and limited our time for looking around during daylight hours.

Instead of returning to our hotel by taxi, however, we noted a ferry traveling back and forth across the bay from Valletta to Sliema and were pleasantly pleased with €1,50 ticket price. We did have about a half an hour walk back to our hotel once arriving at Sliema, but after three long flights, we were happy to be out and about.

The next morning, I woke up at 7:30 am on the dot. Knowing that our schedule started early, Chris and I both rolled out of bed. I think we could have slept at least a couple of hours more, but we needed to catch a bus to Cirkewwa and then the ferry to Mgarr, Gozo.

We both packed our backpacks. Mine was filled with my camera and lenses, some snacks, a water bottle, and Zipfizz[affiliates].

The stop for bus 222 wasn’t too far from the hotel; we were glad to snag seats for the one-hour ride to the ferry. The ferry was then another 25 minutes to Gozo. Such reasonable prices. €1,50 for the bus and €4,35 round trip for the ferry.

We hadn’t done as much research on the island of Gozo as we might normally undertake, but we should have. We said no to the taxis and the Hop On Hop Off tours and just took off walking. It wasn’t too far to the church in Ghanjsielem.

I found the people on the island to be friendly in returning my smiles. And a first for any European country—a lady actually said hi to me first!

We waited at the bus stop for a ride in to Victoria only to find that the bus was coming from the ferry terminal and was completely full. It just drove right on by us. The next bus wouldn’t come for almost an hour. So we set off to walk some more.

The one bus we could have ridden arrived at the bus stop early and we were still too far away. We watched as it arrived at its designated stop five minutes early and then moved on. So, we walked a couple of miles more until finally reaching Victoria.

My advice? Take a tour, get a bus, or hire a taxi at the ferry terminal. You’ll be glad you did.

Once we finally made it to Victoria, we were famished. We hadn’t had much breakfast and we were ready for a rest. We stopped at the first cafe we found—Hog.

Rejuvenated by our lunch, we toured the Cittadella (Citadel) in Victoria. It was made of limestone and had served as a fortress for the residents of the island until it was breached and the people were all carried away to be slaves in foreign countries. Some of the fortress was in ruins, some of it had been reinforced. Many of the walls still stood.

We then took a bus from Victoria to Dwejra to see the Blue Hole.

Gelato first and then water. Those were our purchases.

Chris and I sat on the rocks to eat and enjoy the view. The rocks had been worn and weathered by the tide over the years. We definitely had to watch our steps as we made our way to the cliffs and water’s edge.

On our last full day in Malta, the sun was shining but the air was still a little cool.

We had a lovely breakfast in the hotel restaurant and enjoyed the outdoor seating and excellent buffet. Good thing I don’t eat that much food most mornings.

We opted for a taxi directly to Marsaxlokk (pronounced Marsaschlock) instead of an hour bus to Valletta and then a change to another bus to Marsaxlokk. (It reminded me a lot of the village of Cassis in France.) Our driver got us there in no time, offering to take us around the rest of the island for $35/hour. We thought that was excessive and declined his offer.

I loved the boats in the harbor and took pictures while Chris soaked up some sun.

The tourism office was on the far side of the harbor and we made our way there to ask questions about the Hop On Hop Off bus. There were two companies running buses, but only one would allow you to change from the South tour to the North tour without extra cost.

We sat on top of the bus for the view, but it was definitely chilly as we drove at higher speeds between cities.

During our bus tour, we wanted to get off at Mdina (Im-dina) as Sharon, our waitress from the previous night, mentioned that it was a beautiful fortress city set up on a hill.

It was one of the most impressive sites in Malta during our stay. It reminded me of some of the French and Italian cities we have toured, with stone walls and walkways, beautiful doors and windows, impeccably clean streets, horse and buggy rides…and people actually lived within the walls of the fortress.

It was getting dark and much colder shortly after we left Mdina. The tour was winding down, but we still had quite a ways to go before returning to our hotel. The bus driver came to find out everyone’s stops and then proceeded to drop people off along the way.

Chris and I finally left the outdoor seating on the top of the bus for the warmer, restricted views inside the bus. It was almost dark though, so it was time to warm up.

Final Thoughts on Impressive Sites in Malta and Gozo

Following our first trip to Malta, Chris and I headed to France. Read about our 5 Spectacular Days in the South of France. While Malta and Gozo and never been on our travel radar before, it was a delightful visit and relatively affordable.

If you love reading good stuff as much as I love writing it, subscribe to my
MONTHLY NEWSLETTER.

Malta has been so high on the top of my bucket list for so long! There seems to be so little info about this beautiful place, so I am thrilled I found your blog… I will definitely be heading to Mdina when I visit.

That’s great the ferry was so affordable! That would be way more fun than a taxi. And after such a long flight, walking is so refreshing anyway!

I’ve wanted to visit Malta for quite awhile and now more so! Each area looks gorgeous whether it is by the water or wandering a charming street. I think visiting Mdina would be my favorite!

I went to Malta and gozo last year and didn’t see most of these sites. I saw the mdina from a distance and now wish I went for a walk around it. However, I now know what to do next time

We have a very similar story in fact. When my company closed and I had some time, I also booked a trip. 🙂 Malta looks really cool. I’ve been wondering about it for some time. I don’t always hear about it. It looks just beautiful. I live in France so I’m not too far…will definitely start considering it. 🙂

Lucky that you live in France. There is so much more I want to explore there too.

I had an aunt who lived on Malta and always wanted to visit! Good to know it’s affordable!

If she is still there, you should go.

Oh my gosh, I love the city of Valletta and Mdina! They are both insanely charming and beautiful, such a great mixture of history, architecture, and vibrant city life. I didn’t get the chance to go to Gozo, but I hope I can go back and see the island. Thanks for sharing!

There was plenty that we didn’t get a chance to explore; going back would be fine by me.

I want to visit Malta so bad… I’m hoping to go for my birthday so this is timely. The island looks so charming, especially Mdina…I can’t wait to visit.

Lucky that you are close enough to go.

Totally understand. Still hoping to get back to travel soon.

These spots look so beautiful! Mdina looks stunning and I’d love to visit Upper Barrakka Gardens. Thanks for sharing these beautiful places!

I hope you can travel there someday.

Think I’ll have to add these destinations to my bucket list!

I don’t think you would be disappointed.

Malta is so, so high on my list! A tour sounds like a great way to learn more about the country and I would definitely love to visit Mdina!

Make sure to have your camera handy.

Malta is very high on my bucket list. I would love to visit Mdina, it looks so picturesque but so is Blue Hole at Dwejra. The place looks so impressive.

We loved Malta more than we thought we would.

Ah Gozo is wonderful! I still got the chance to see Azure Window. too bad it collapsed!

I know. We were sad that we missed the chance to see it.

Such beautiful sites in Malta and Gozo. Malta is still on my radar to travel to, and after reading various blogs, I know I’ll have to go to Gozo then to.

Both islands were pretty cool.

All of these locations look beautiful to visit! I can’t wait to get to Malta and walk around its historic streets.

Malta turned out to be so much better than I expected. 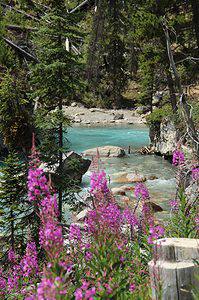 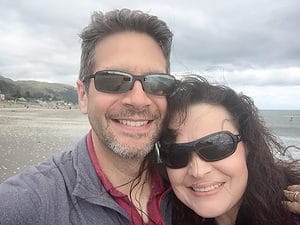 10 Getaways and Adventures as a Couple (Some Are Hidden Treasures) 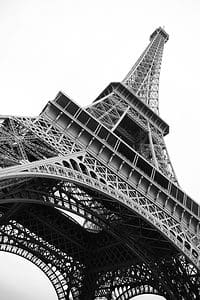 SUPER EASY Ways to Save Money on Travel